The Coffee Shops in Vienna

Vienna is the city of Music and Coffee Shops, but this is nothing new. Indeed, it comes from a little more than a century, in the time of Franz Joseph and Elisabeth of Bavaria (Sissi).

At that time, two of the most representative places in the city existed already: Demel Bakery and the Sacher Hotel and Coffee Shop.

In 1888, Demel Bakery, founded in the year 1786 under another name, moved to Kohlmarkt street, very close to Hofburg Palace, in order to satisfy the usual orders of the imperial family. In this way, the establishments would also be located inside the city fortifications, which Franz Joseph had just ordered.

However, as we can see in the following pictures, the cooks and pastry chefs of the emperors had many kinds of molds and pastry and cooking devices at their disposal for the making of sweets inside the palace 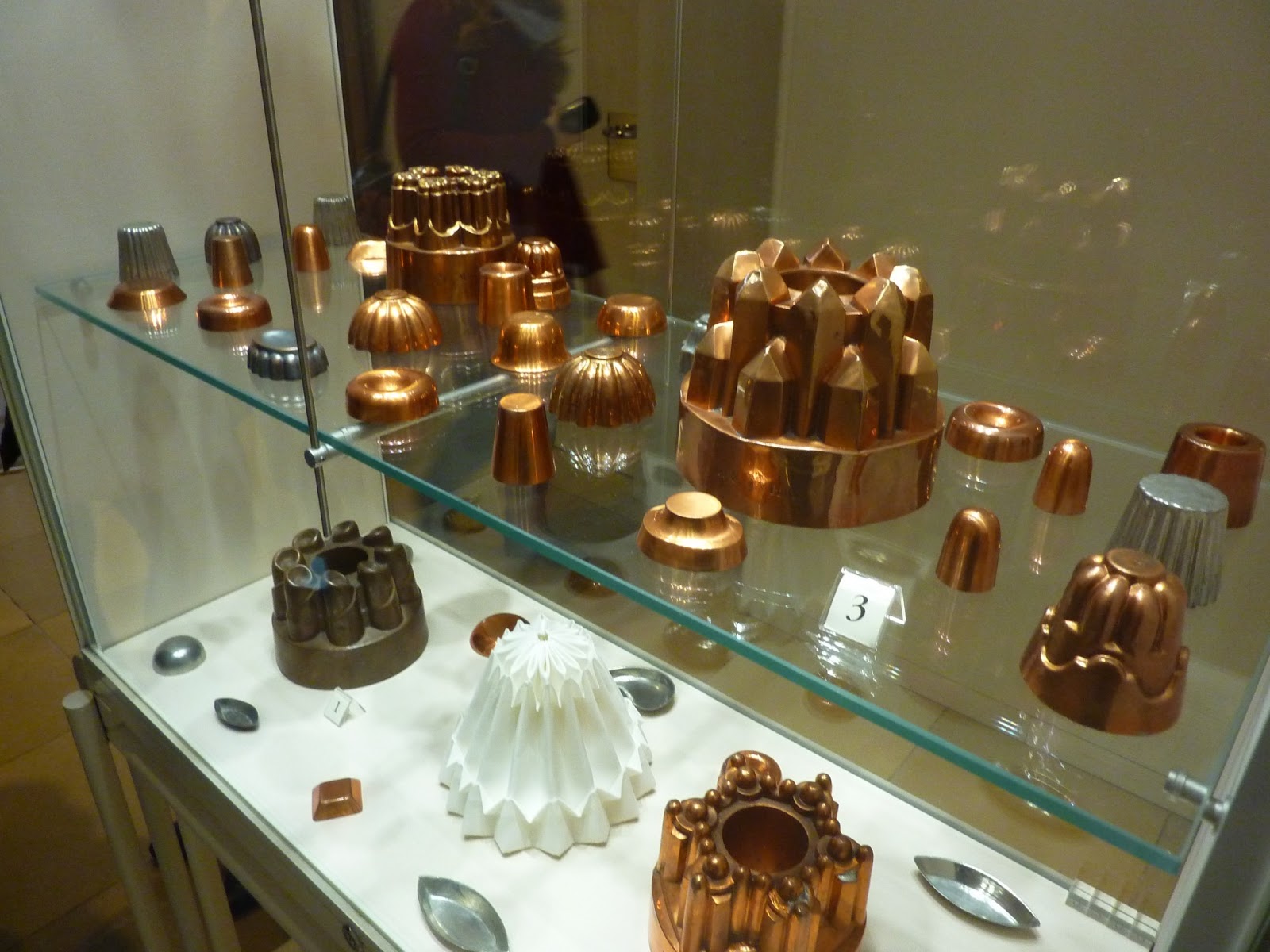 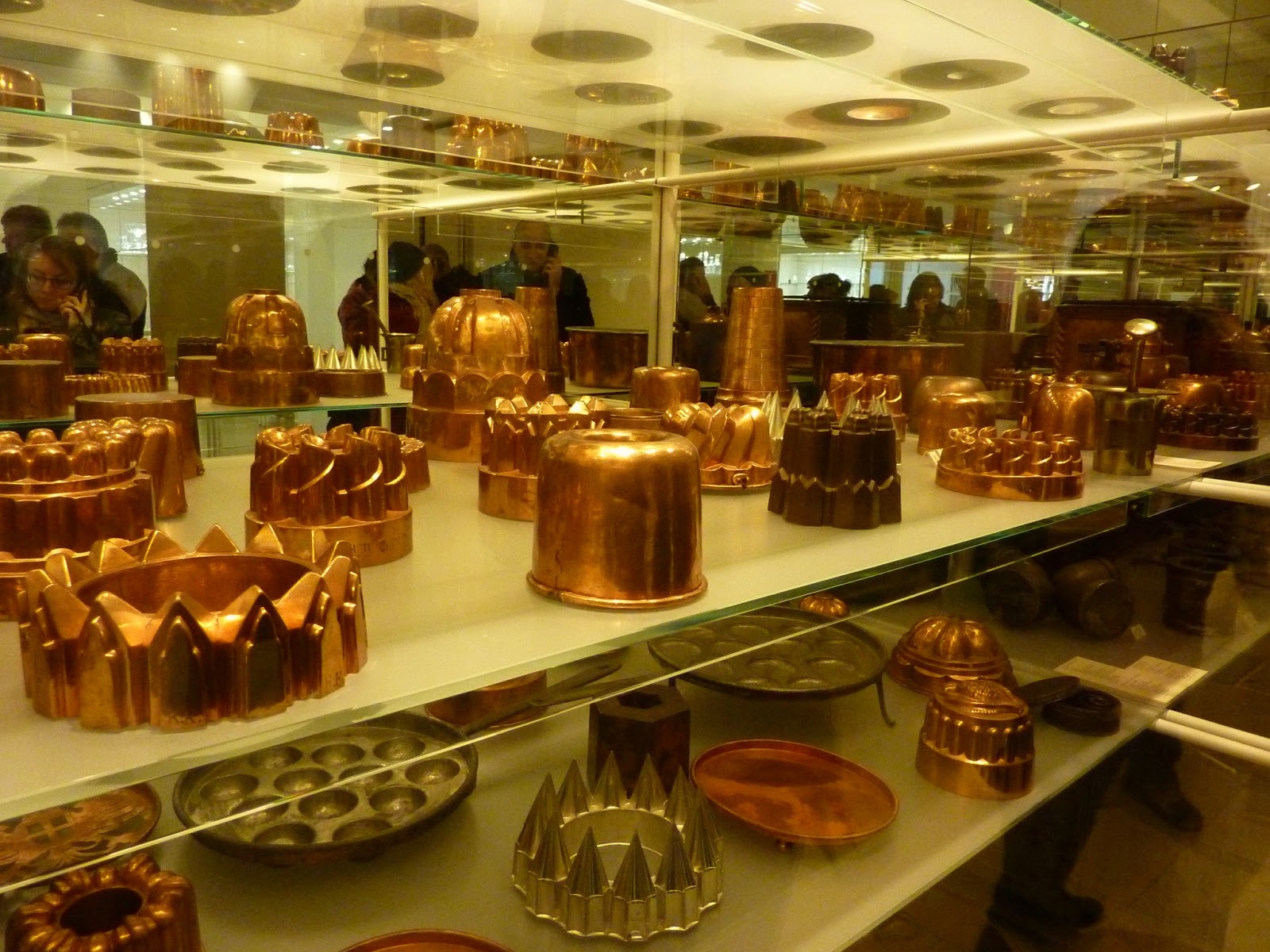 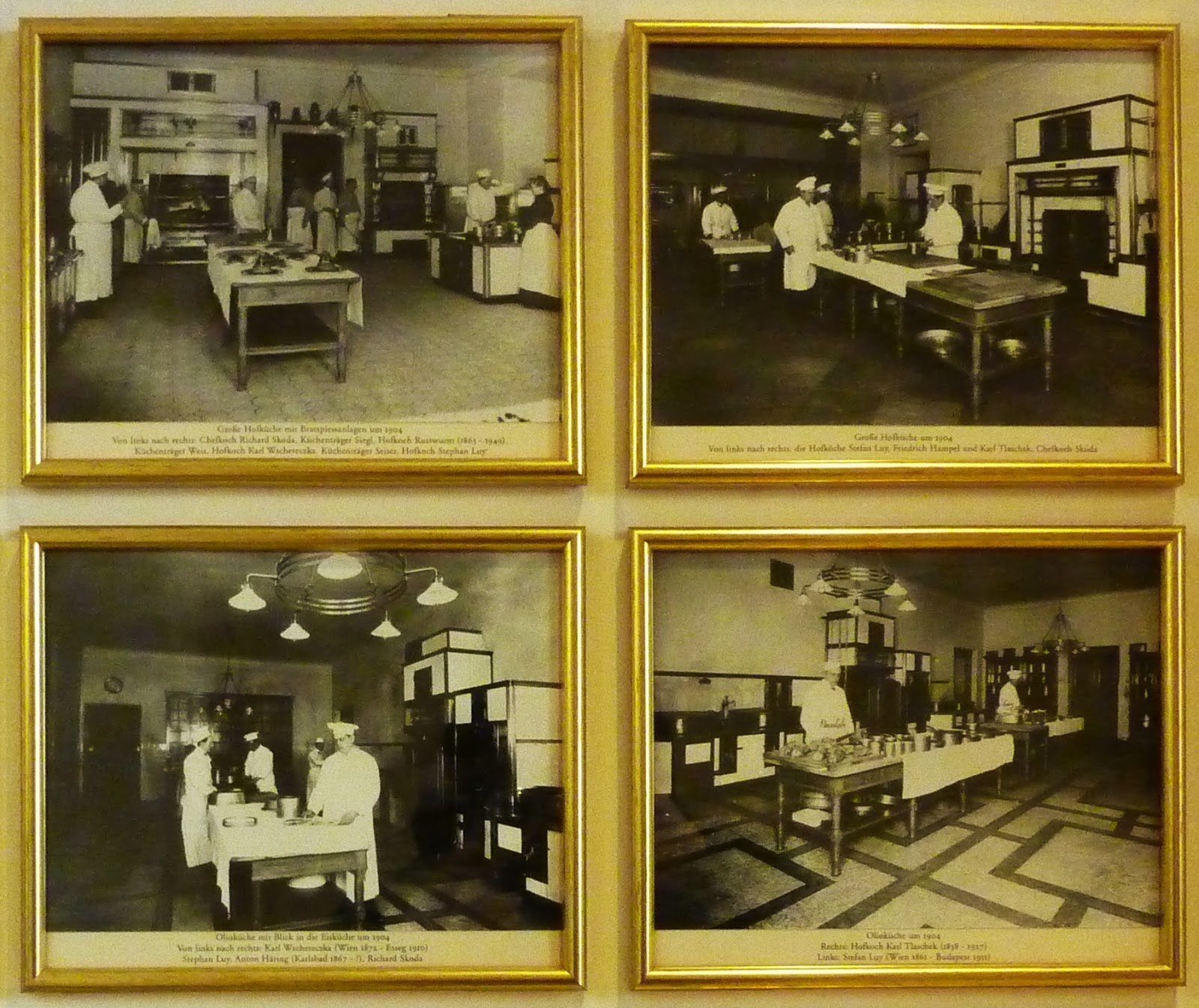 In spite of the collapse of the Austrian-Hungarian monarchy in 1918, the famous banner K.u.K. Hofzuckerbäcker (Imperial and Royal Court Confectionary Bakery), created by Josef and Carl Demel, Christoph Demel's sons, who bought the shop to his boss' heir in 1857, never left its place above the door nor on the chocolate boxes and candies. 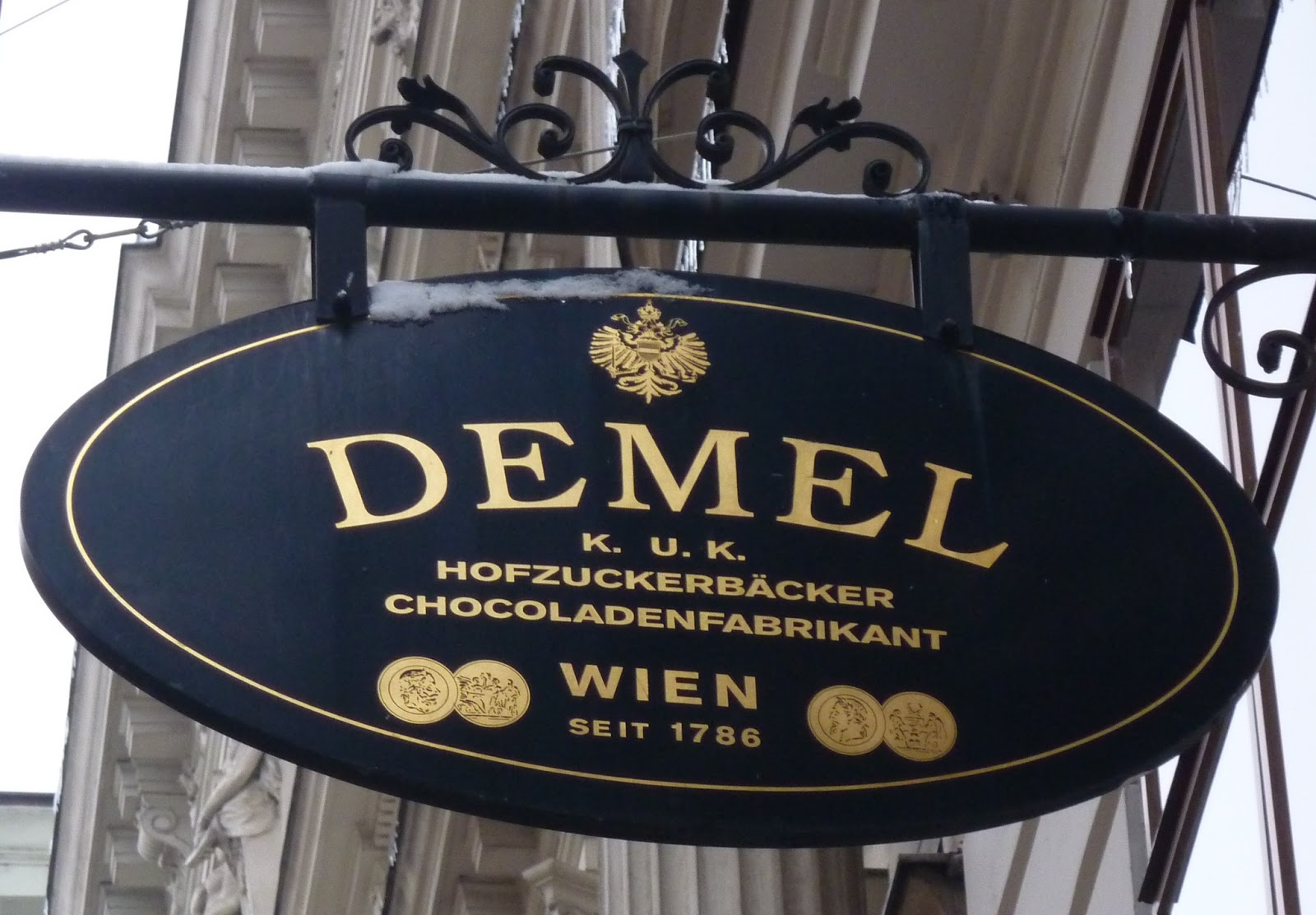 After many owners, the bakery has been part of the Austrian DO&CO group since 2002, an internationally operating restaurant and catering company. Nowadays, Demel Bakery works in a traditional and classical art, as much with the cakes as with the chocolates pieces and filled chocolates. It gives the impression that they think the way: "if something works well, why changing anything?". It's a must where to go and taste this kind of patisserie. Prices are high but similar to a cake shop in Barcelona city center. Moreover, Demel Bakery has something that I had never seen: bakery where cakes are made can be looked at while you're having a coffee and a piece of cake. 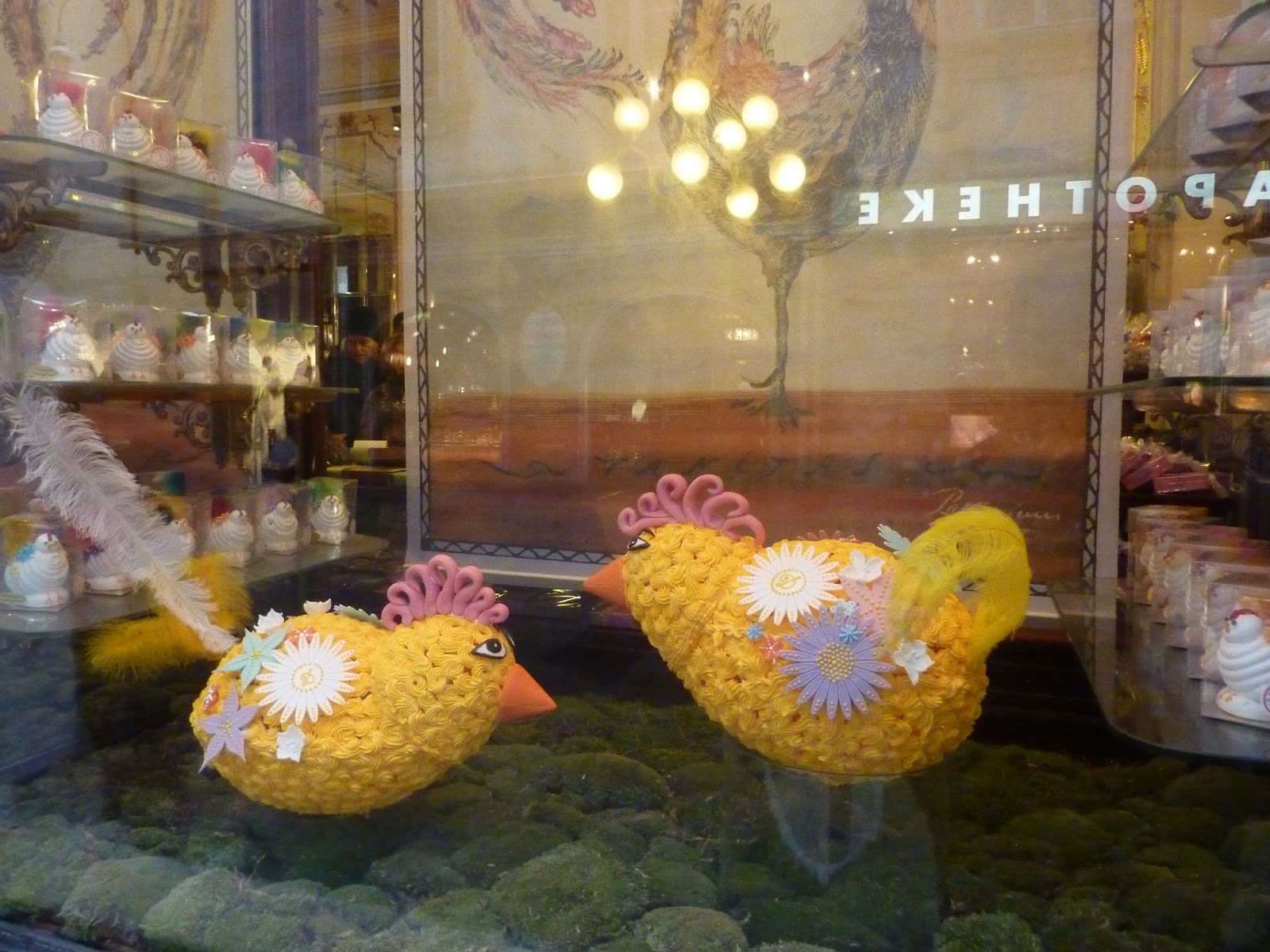 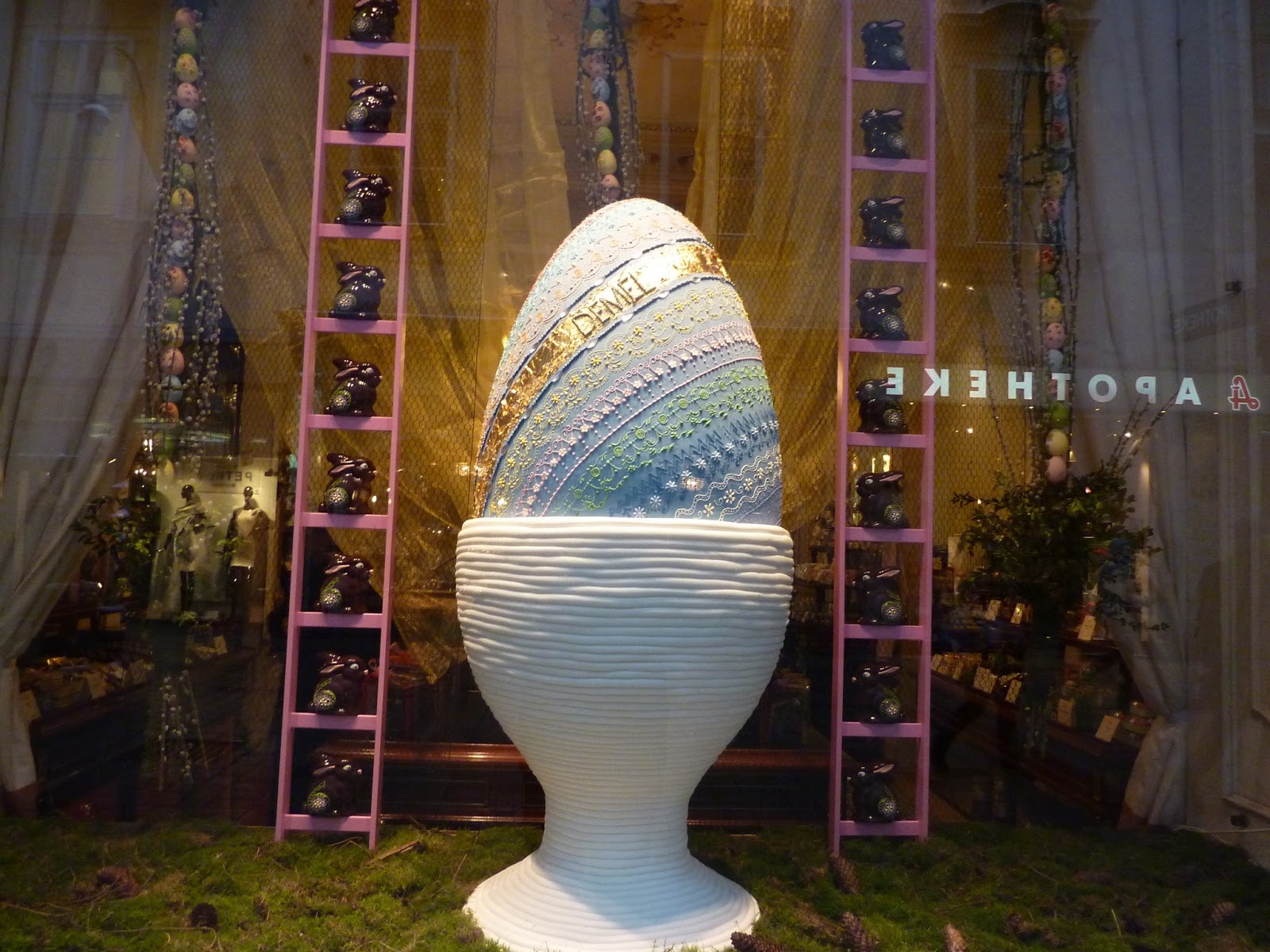 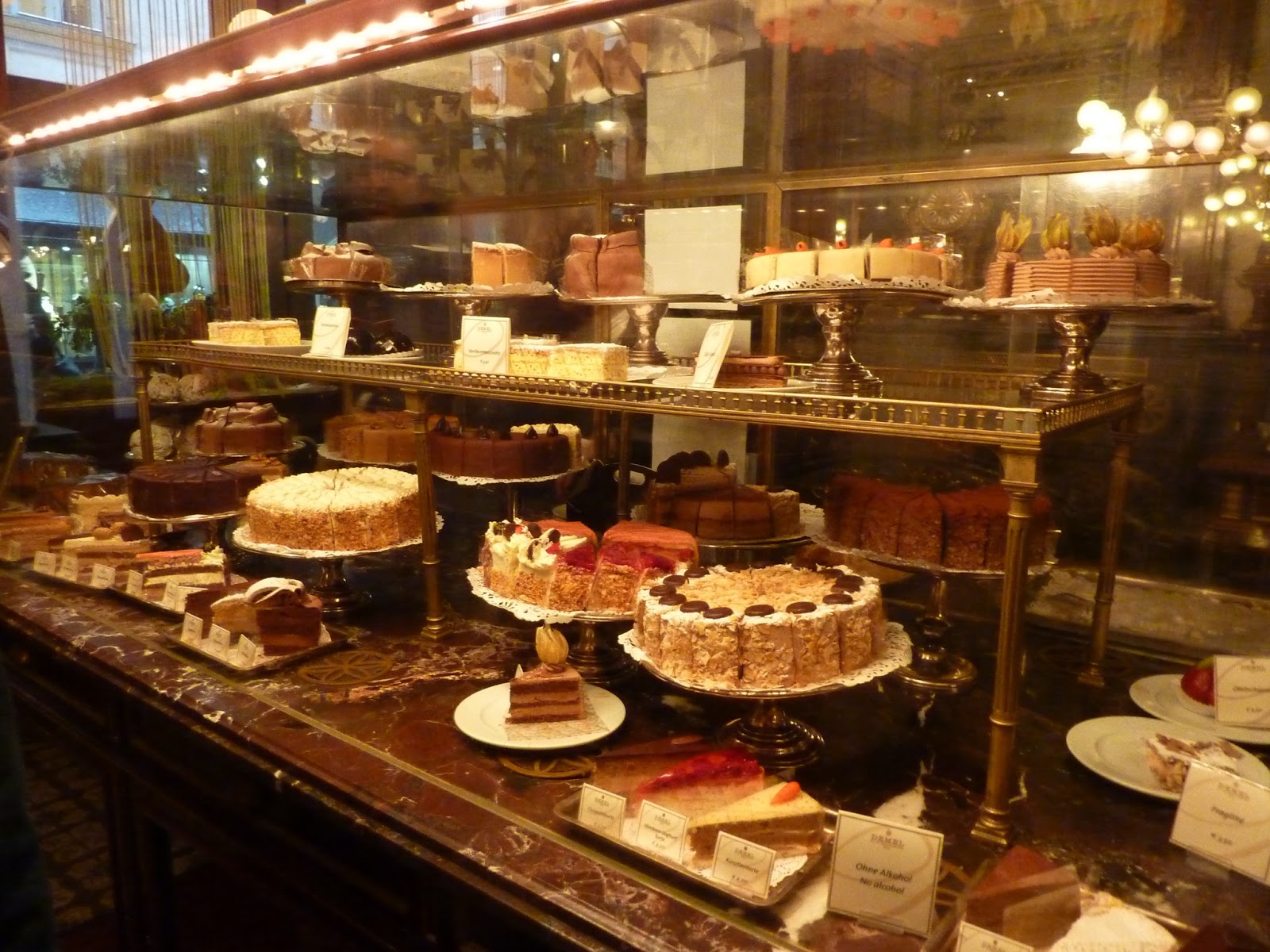 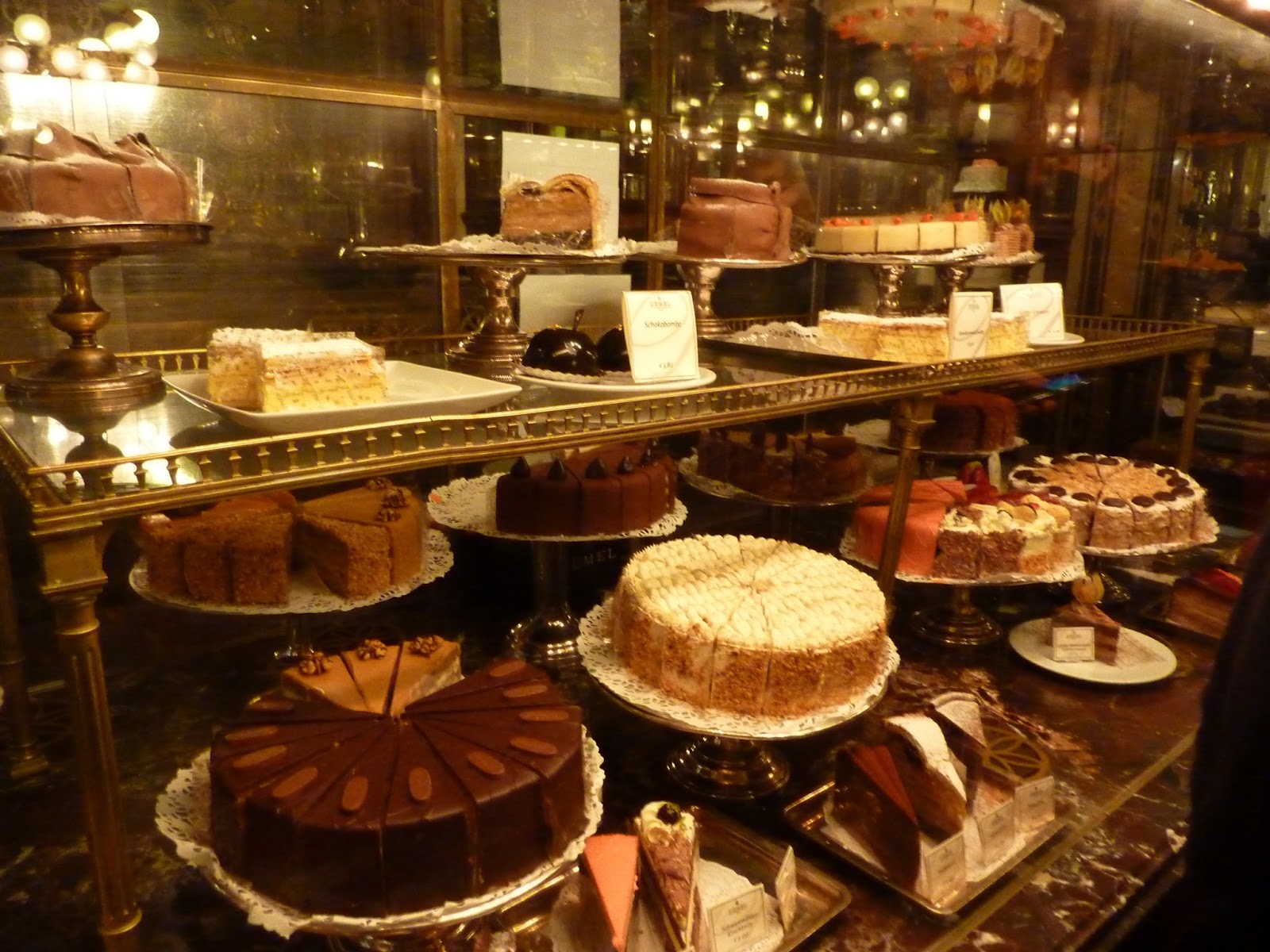 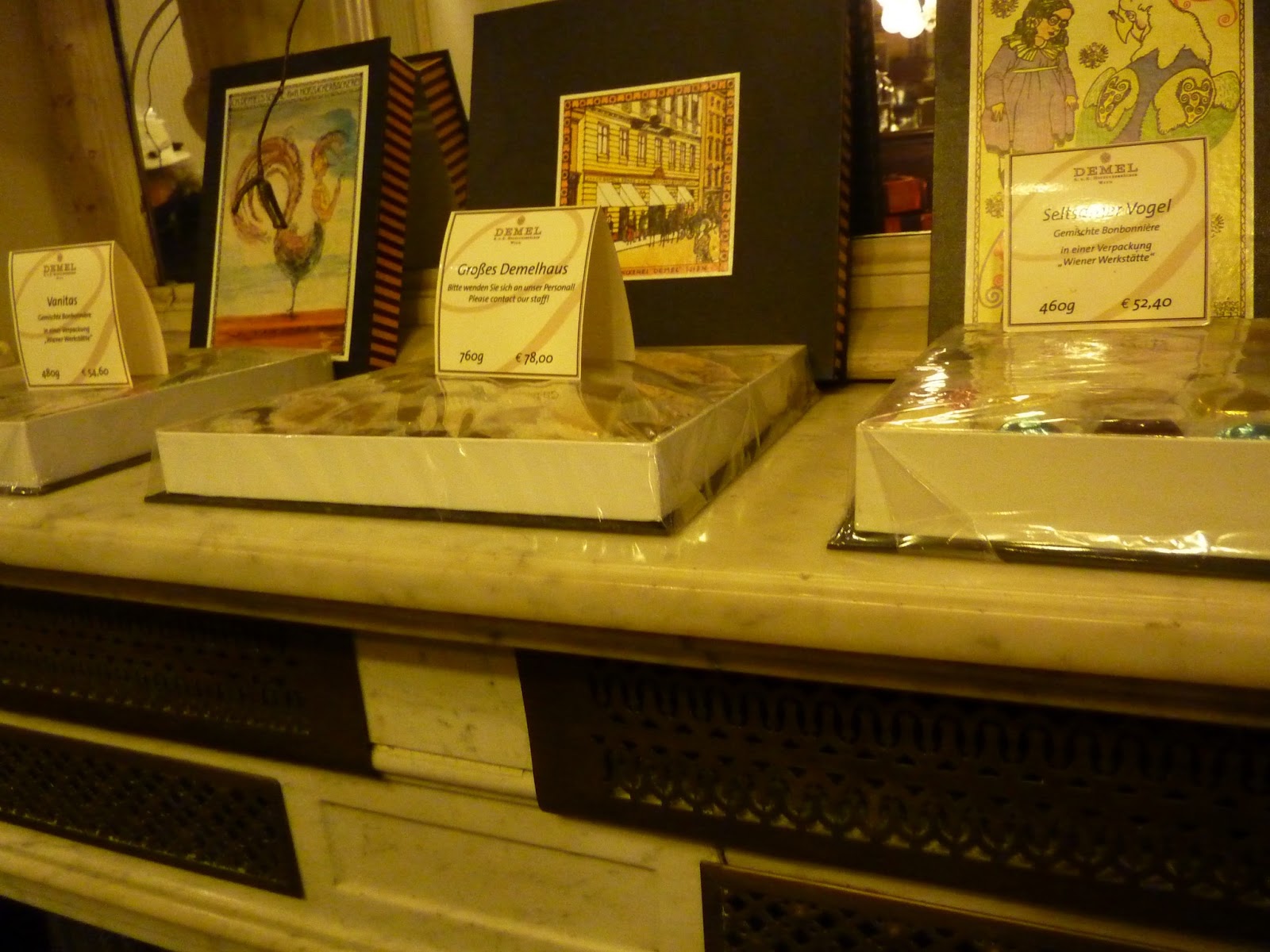 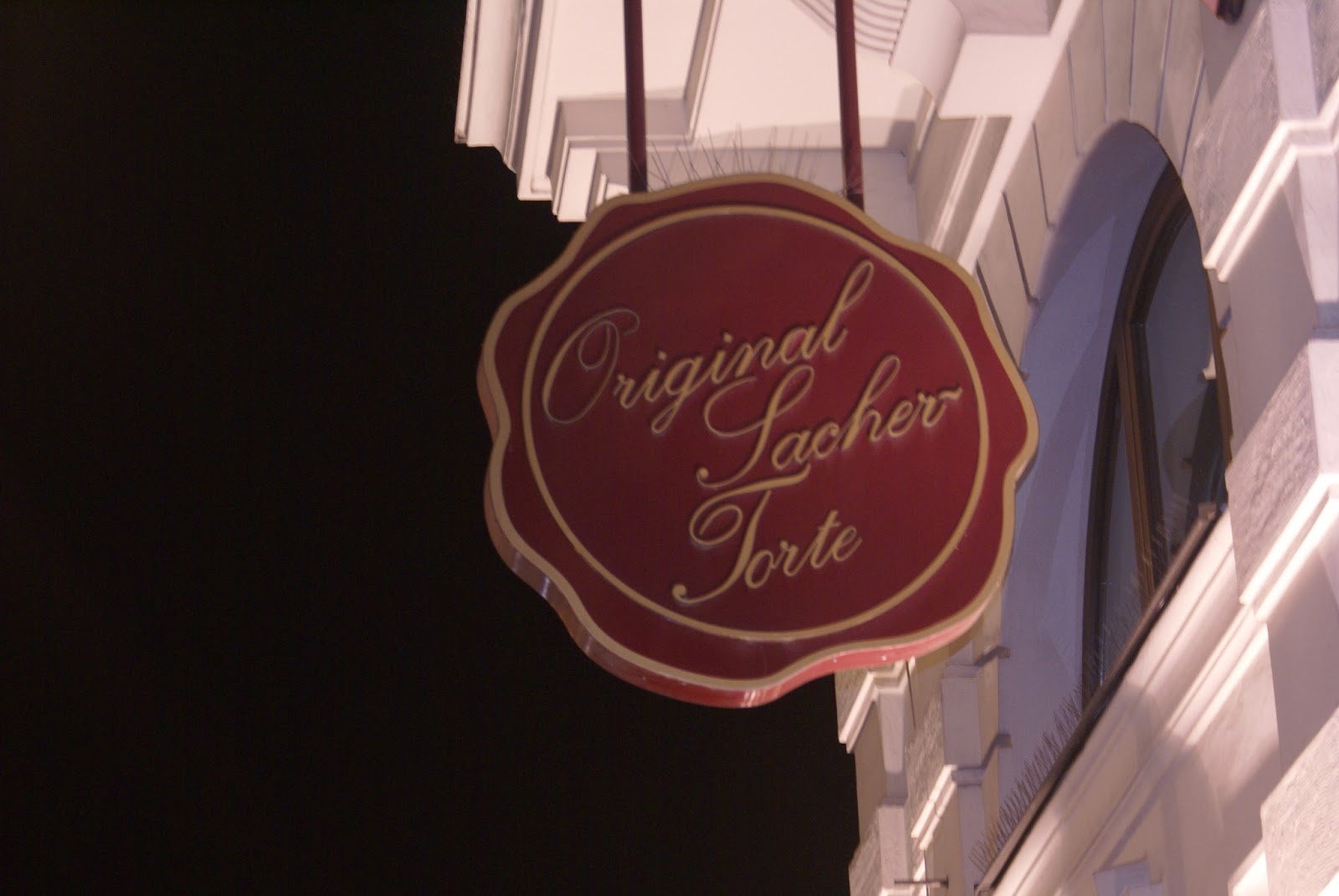 Another emblematic place in the Austrian capital is the Sacher Hotel, and you can't expect less from its Coffee Shop. As we wrote before, this place is the cradle of the most famous and imitated chocolate cake in the world. Once you are inside the "Café", which opened in 1876, you feel the history of the place. The Sachertorte is the main point and the whole of the establishment. 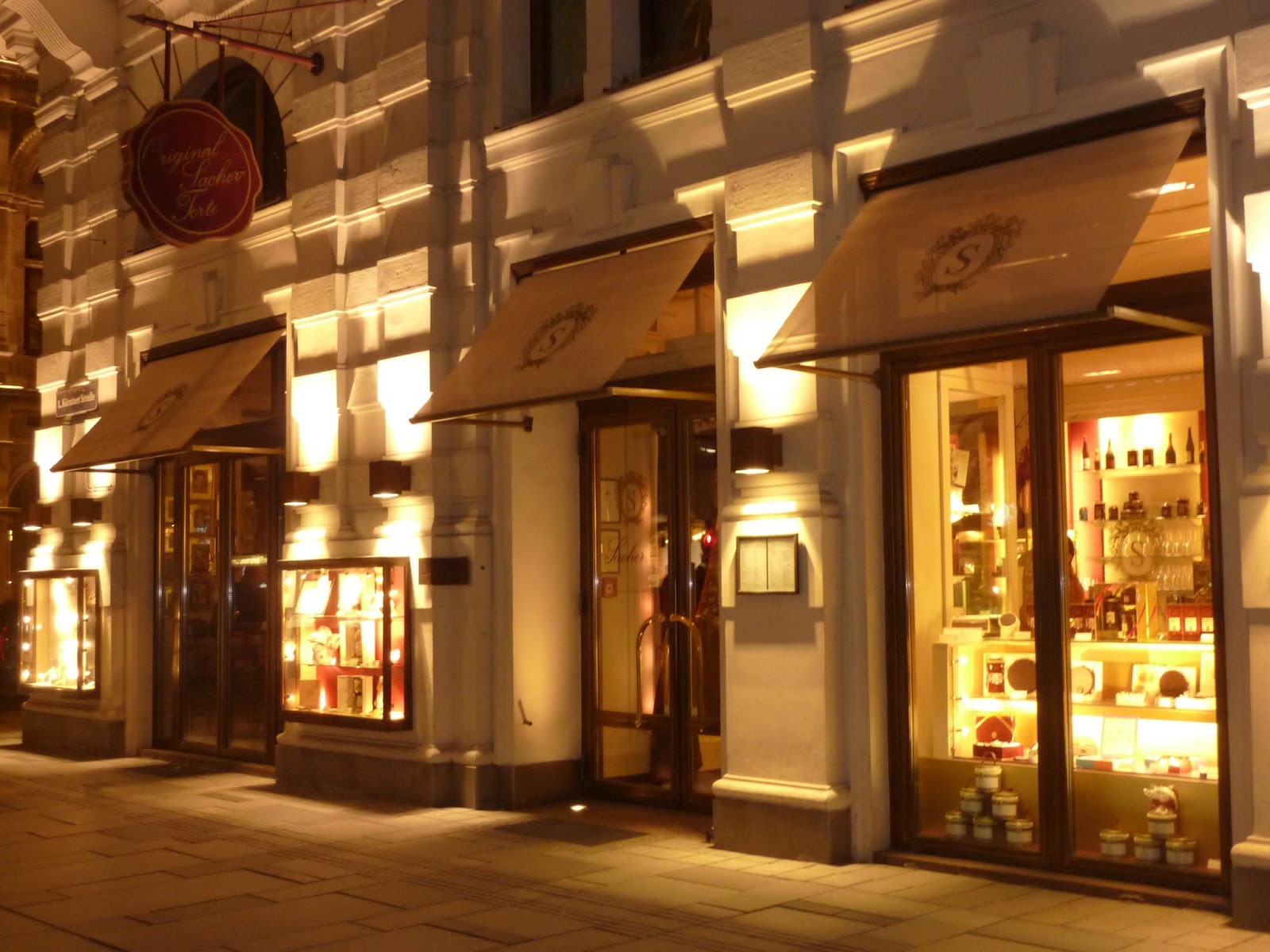 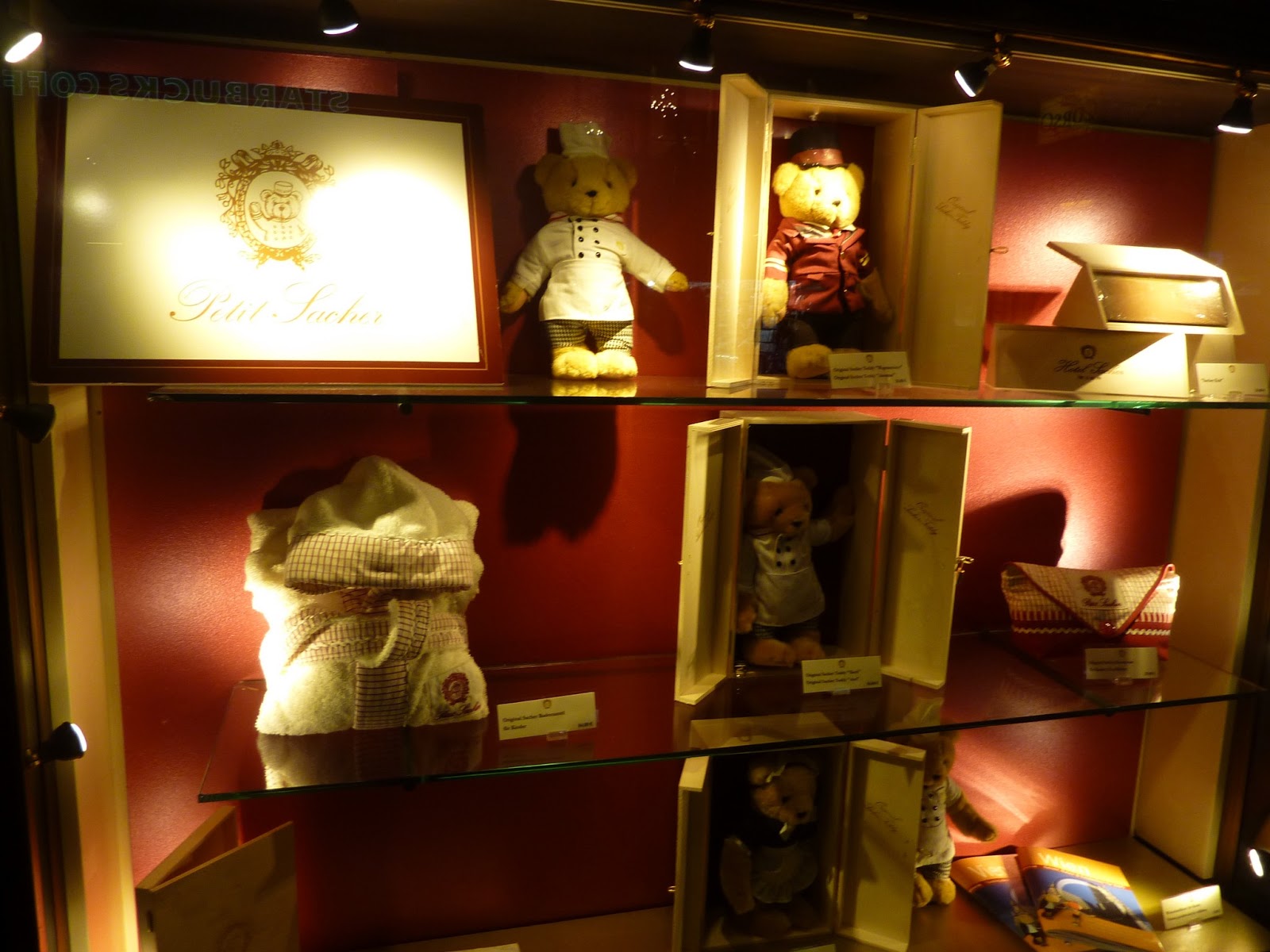 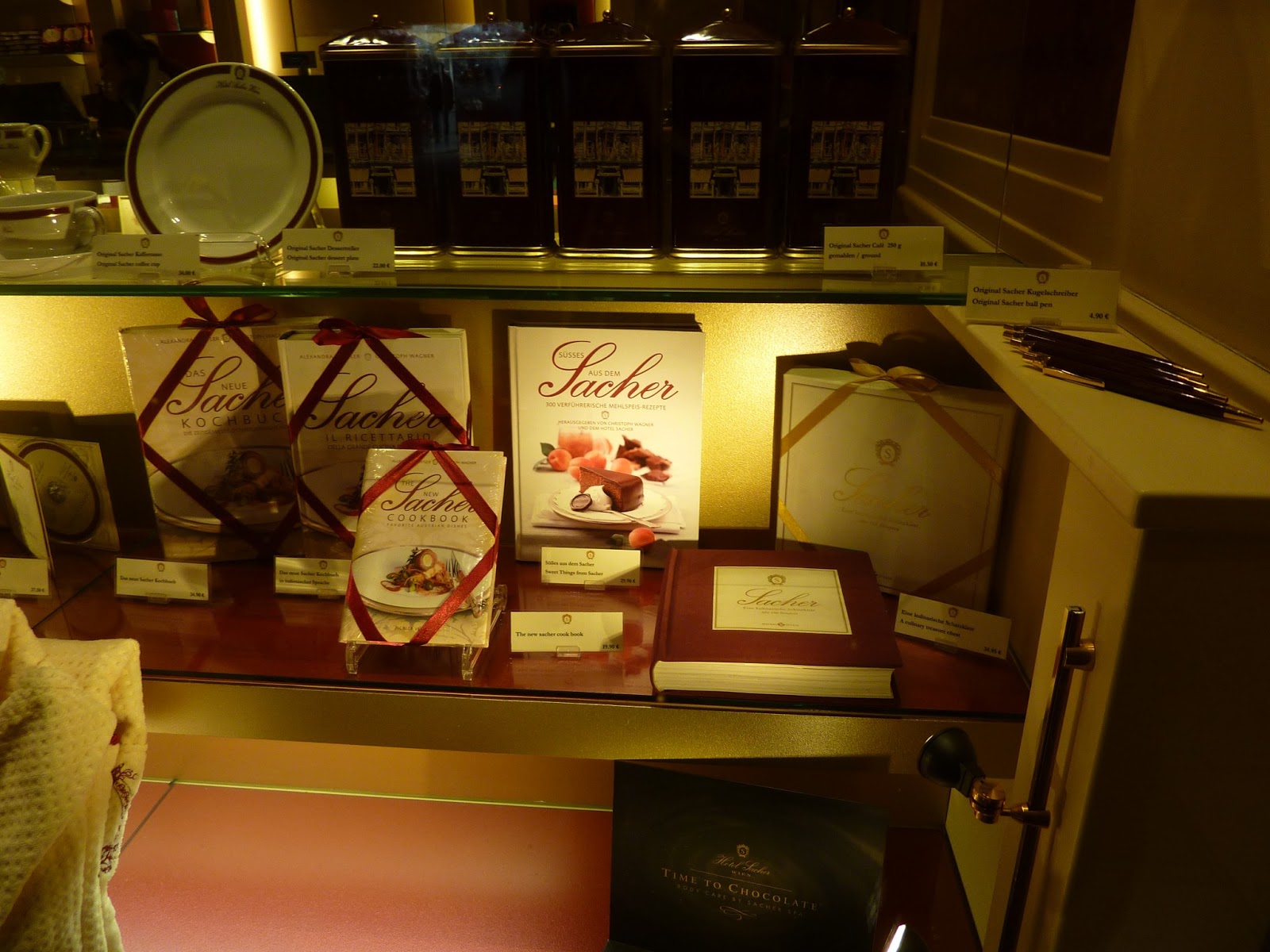 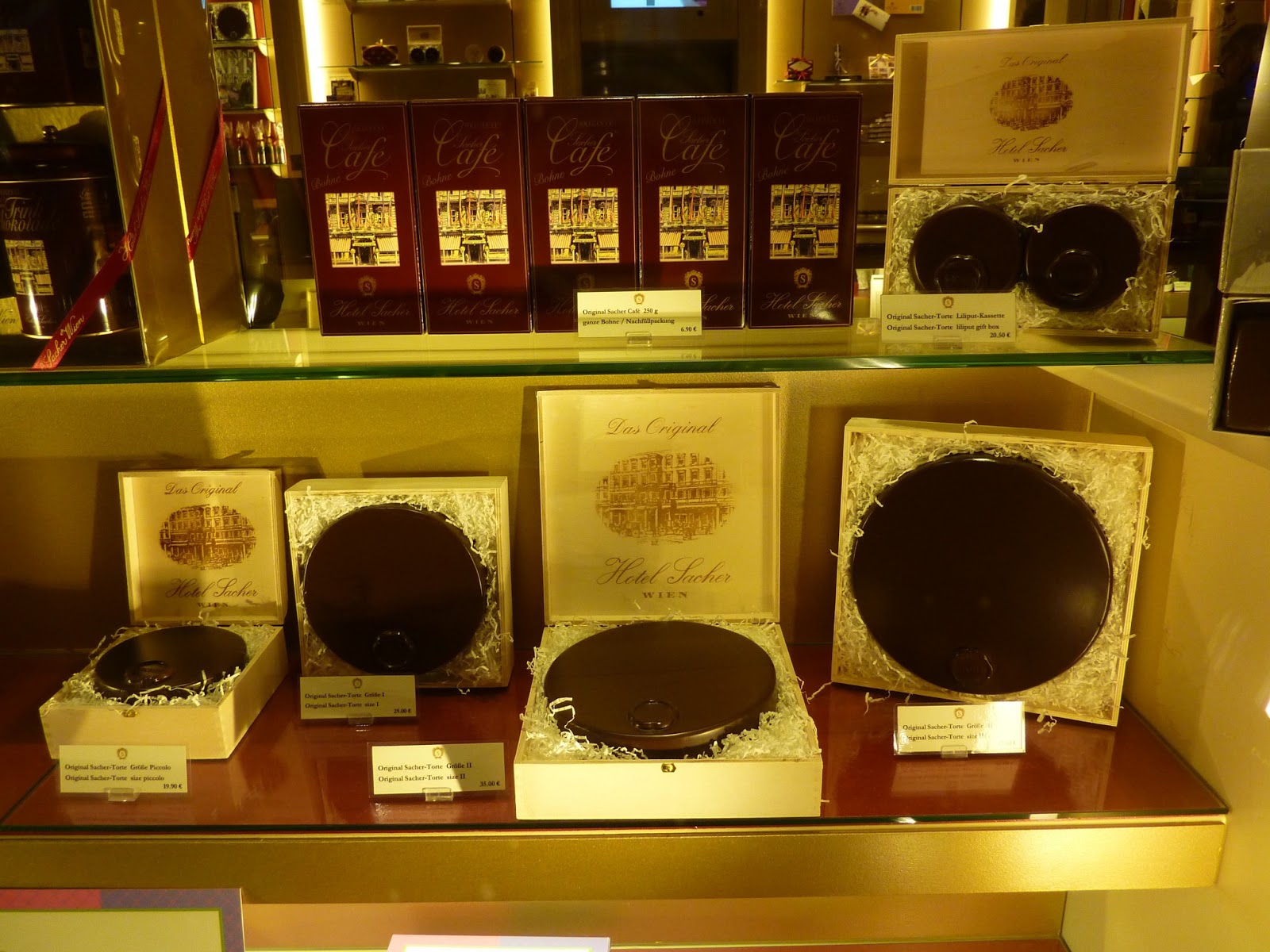 Its success and fame has crossed over borders. However, even now, the original recipe of this exquisite chocolate cake with a thin layer of apricot jam, dating back from 1832, is a well-kept-secret.

At peak season, the production of the Sacher Cake, which is manufactured in the own bakery of the place, can reach over 2000 cakes by day and is distributed all over the world.

Given the reputation of this cake, the most logical thing to do for a pastry cook and any visitor is to sit to have a typical coffee and a piece of Sachertorte. 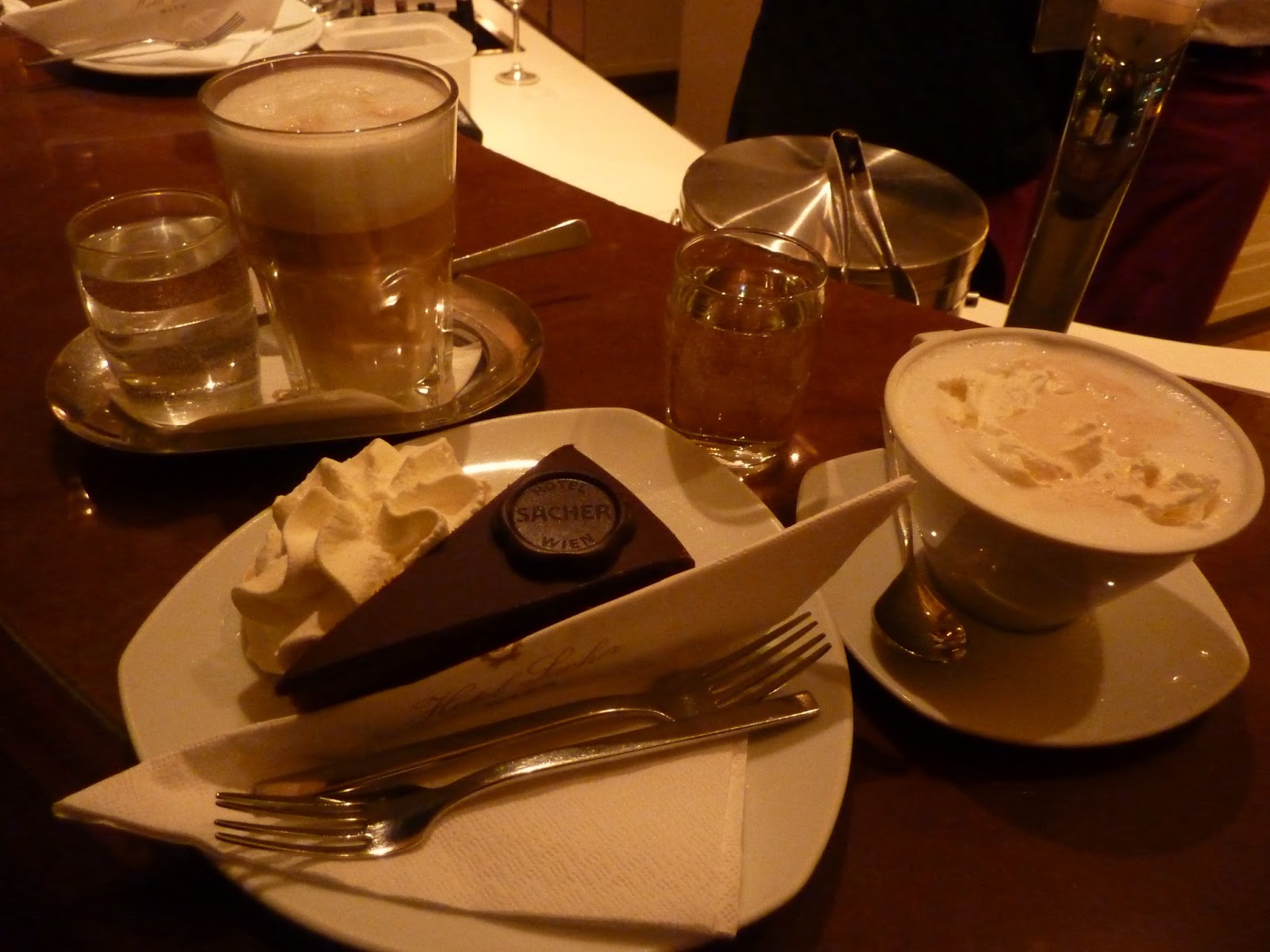 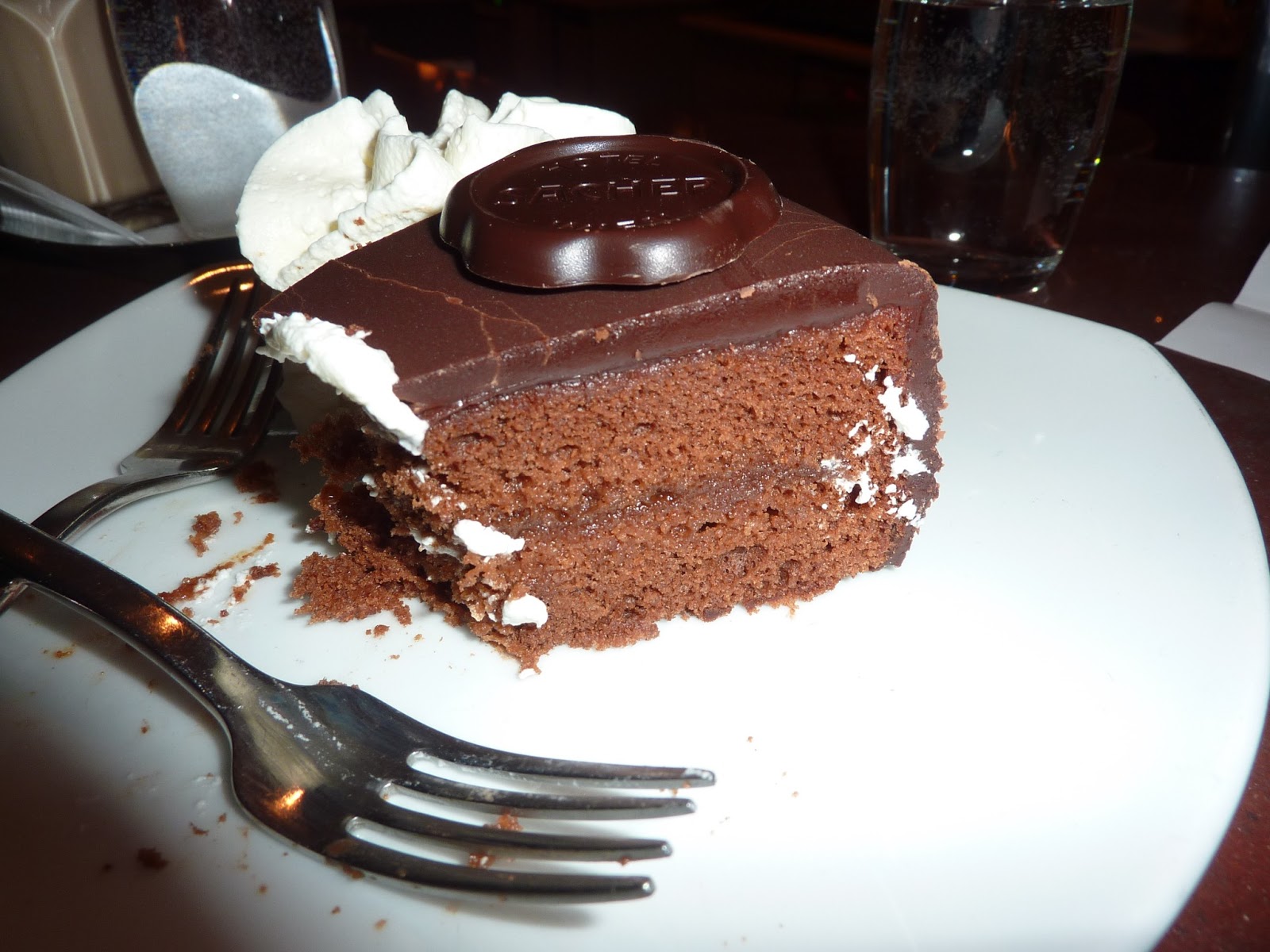 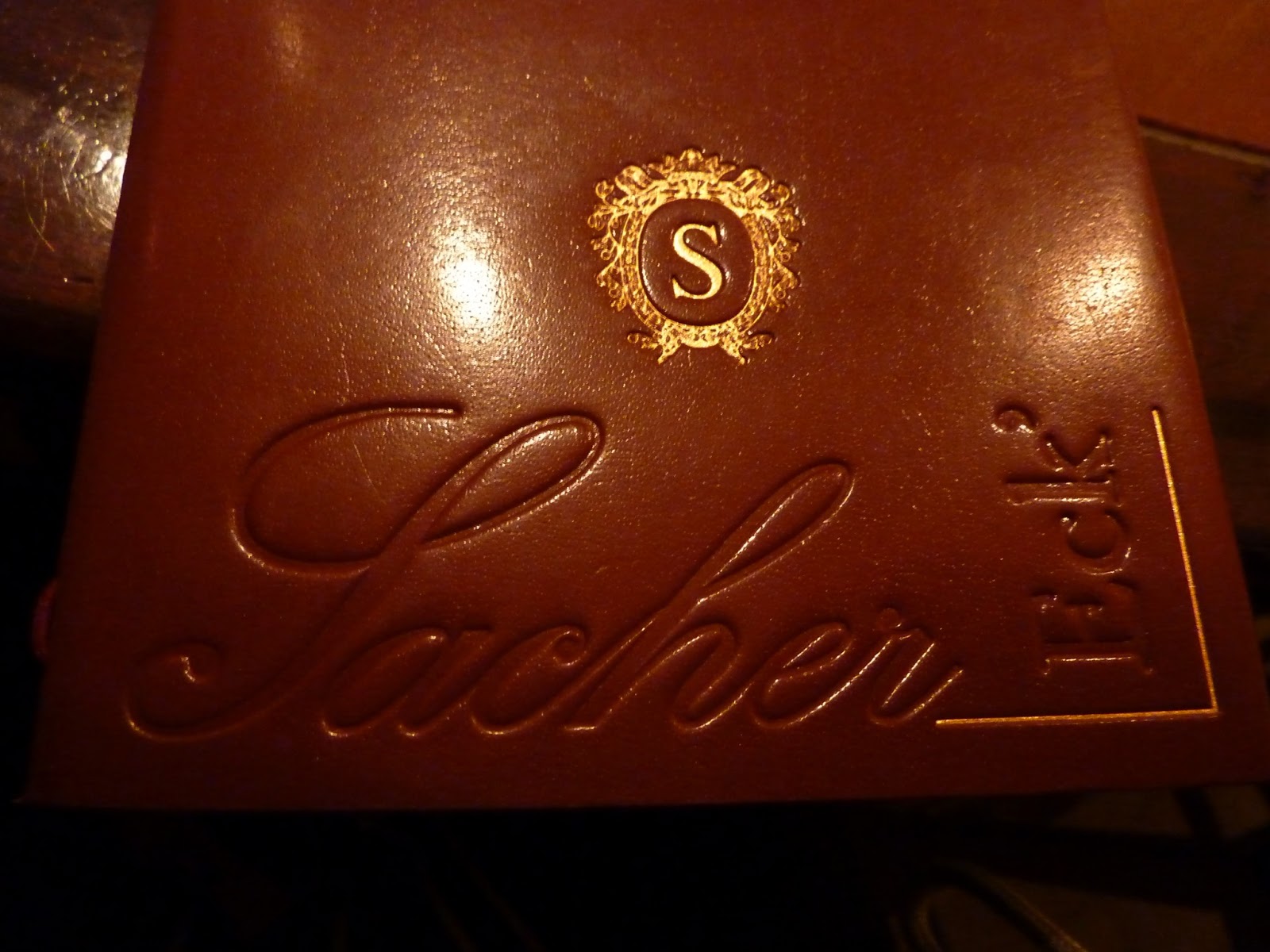 However, this place also offers other specialties, among them the Apfelstrudel (apple sweet), but it seems incidental as we could see nobody ordering something different from the chocolate with apricot jam cake, covered with glazed chocolate and served with sugarless whipped cream. 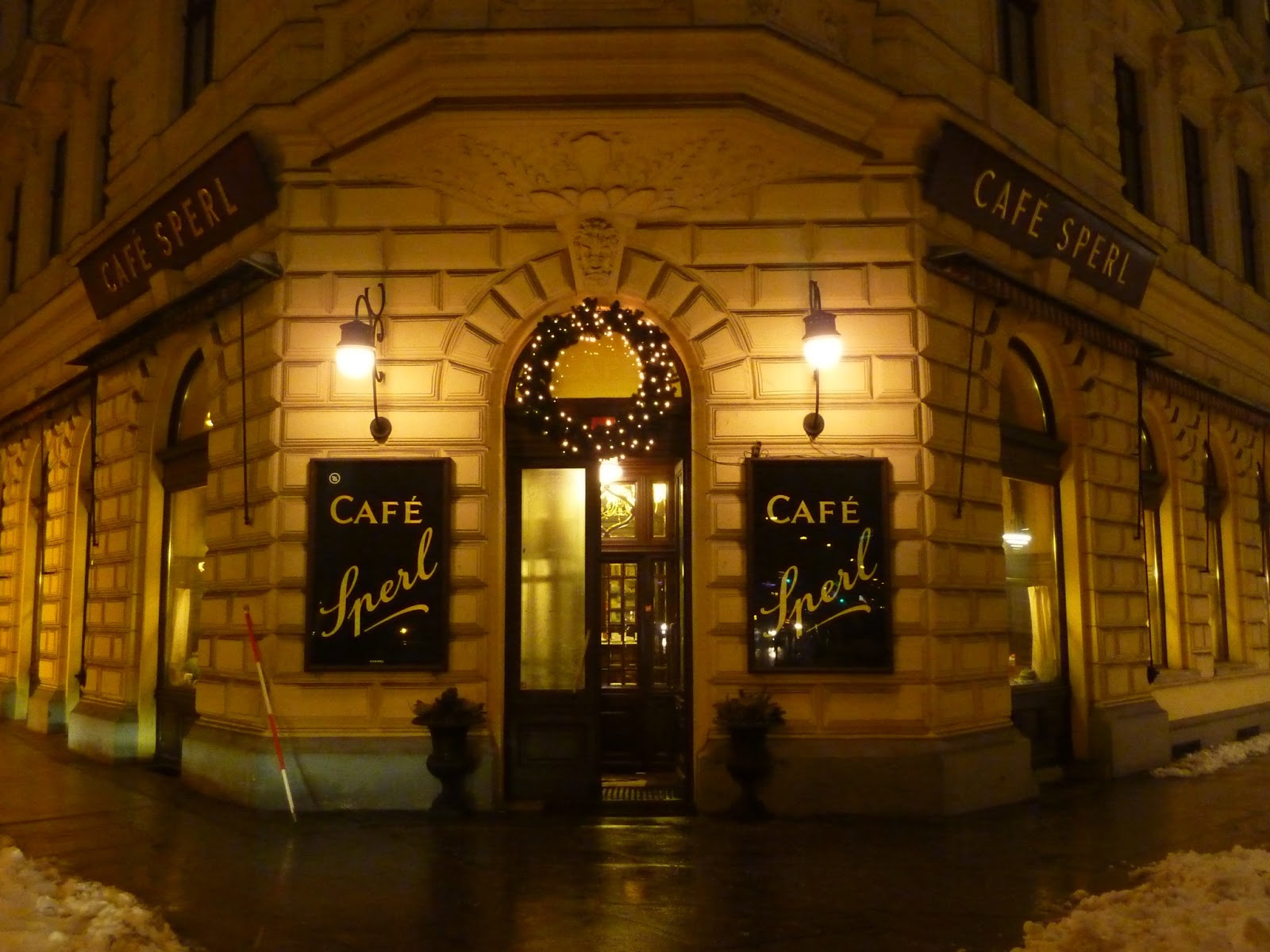 Café Sperl has been open since 1880 and it is one of the oldest and best preserved coffee shops in the city. Classic and warm, getting inside this Café is like going back to another time in Vienna's history. 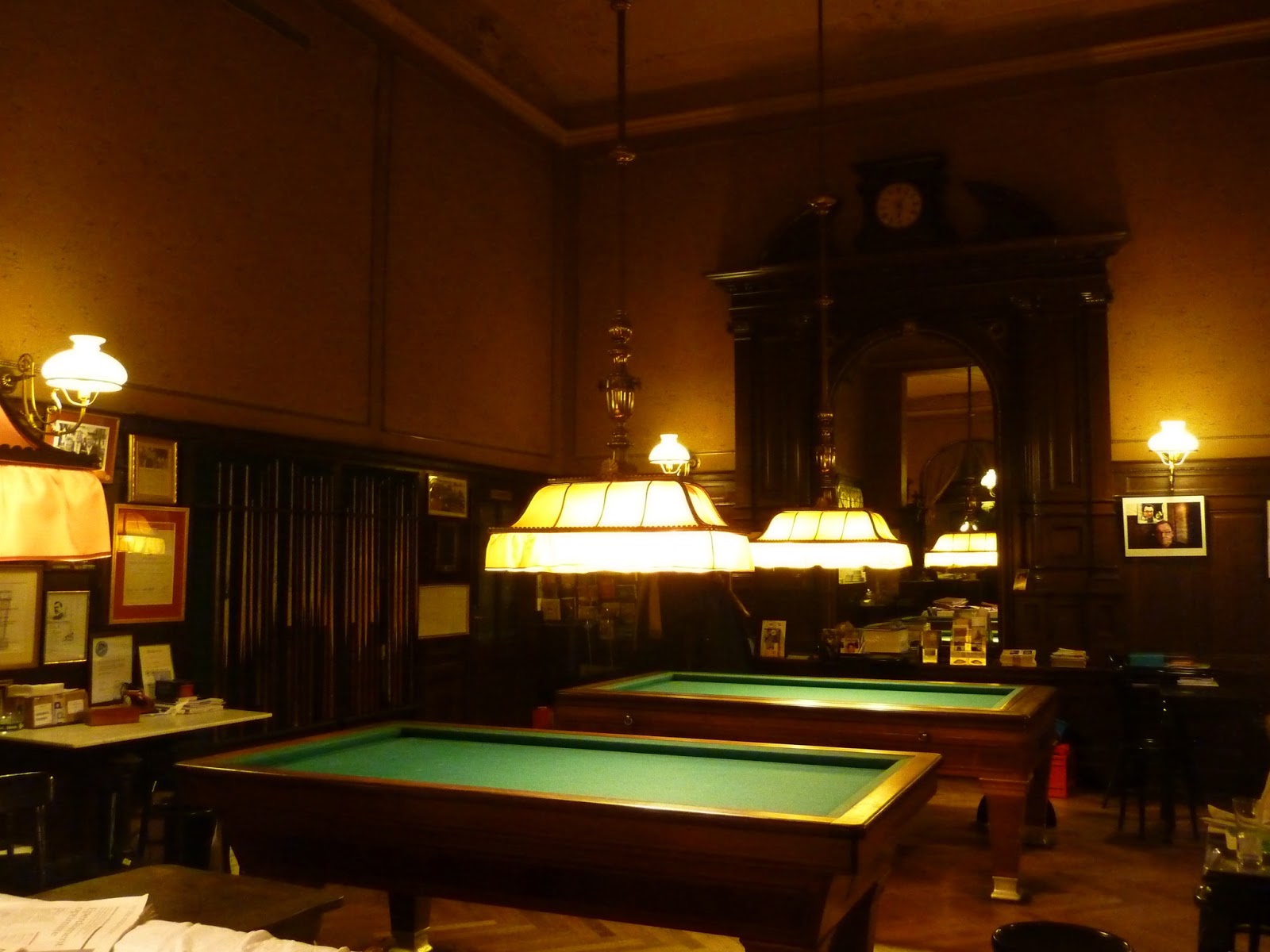 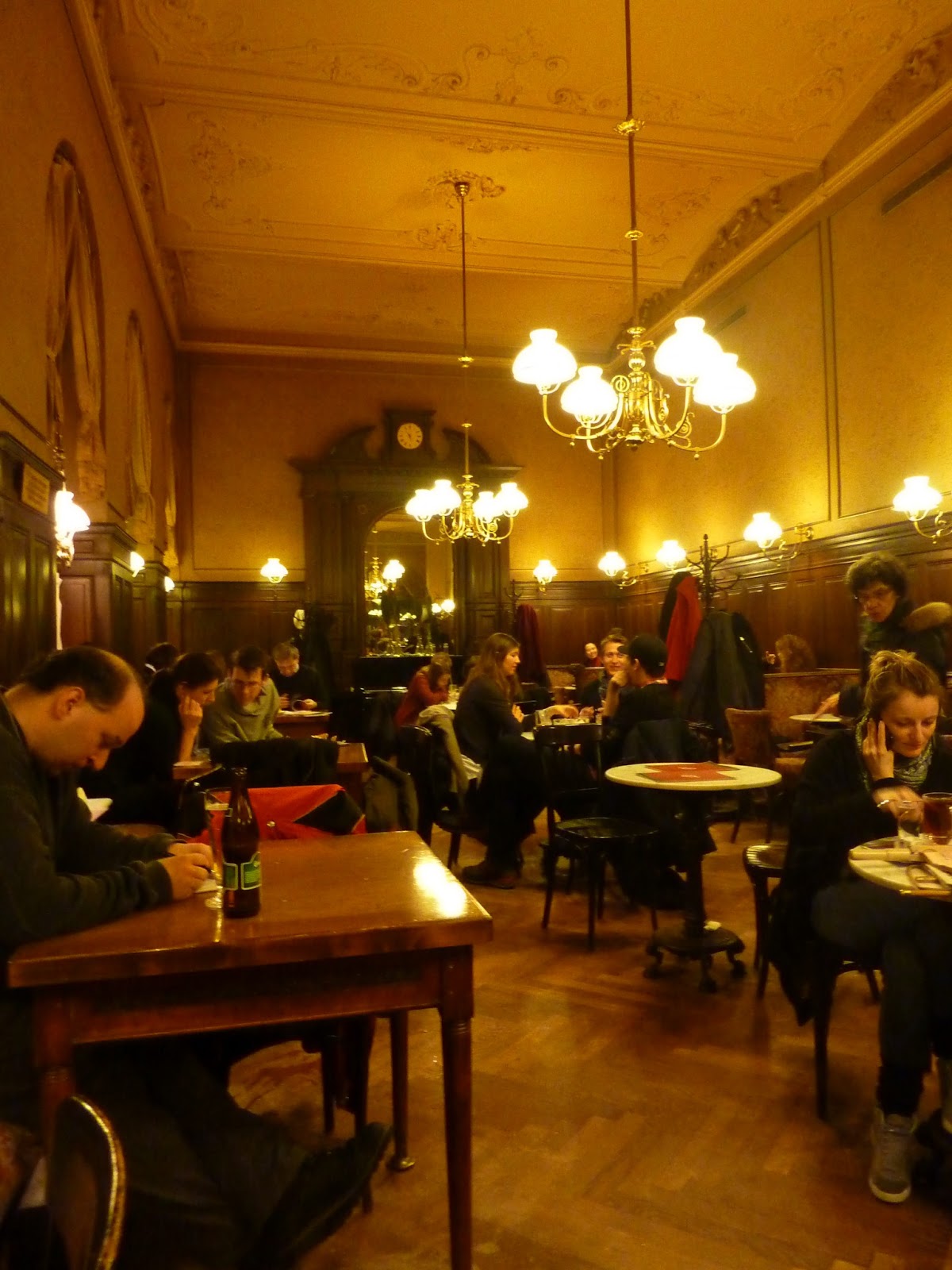 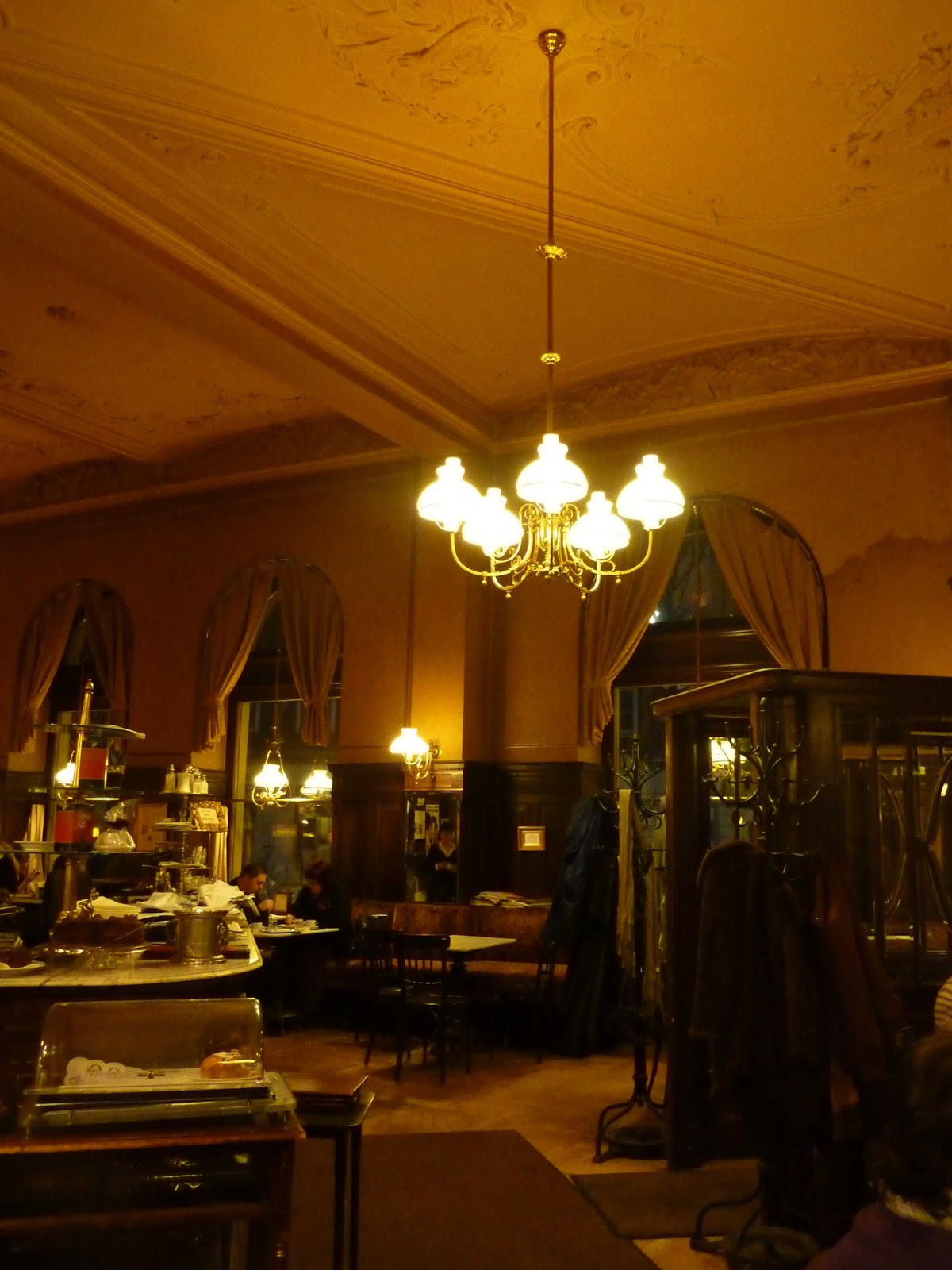 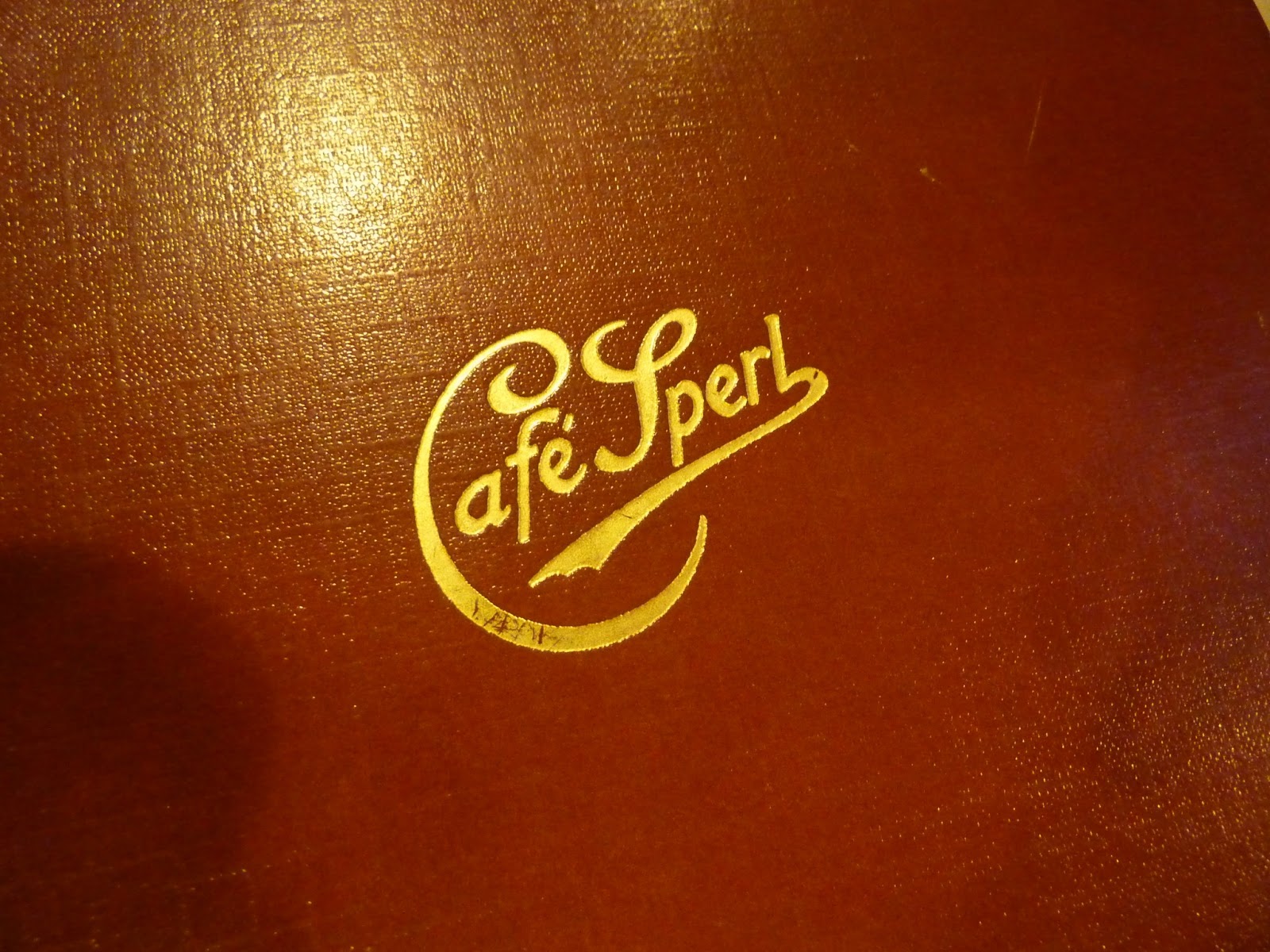 Because it could not be different, they also have its own Chocolate cake, very tasty, smooth and juicy, with a touch of rum which gives it a special aroma, it is a different kind of chocolate cake. Personally I preferred it to the Sacher one, but it is a matter of taste.

We also tried the apple cake (Apfelstrudel), very typical in Vienna too, so we could not leave the city without trying this dessert made out of puff pastry rolled up with cooked apple and a sweet touch. 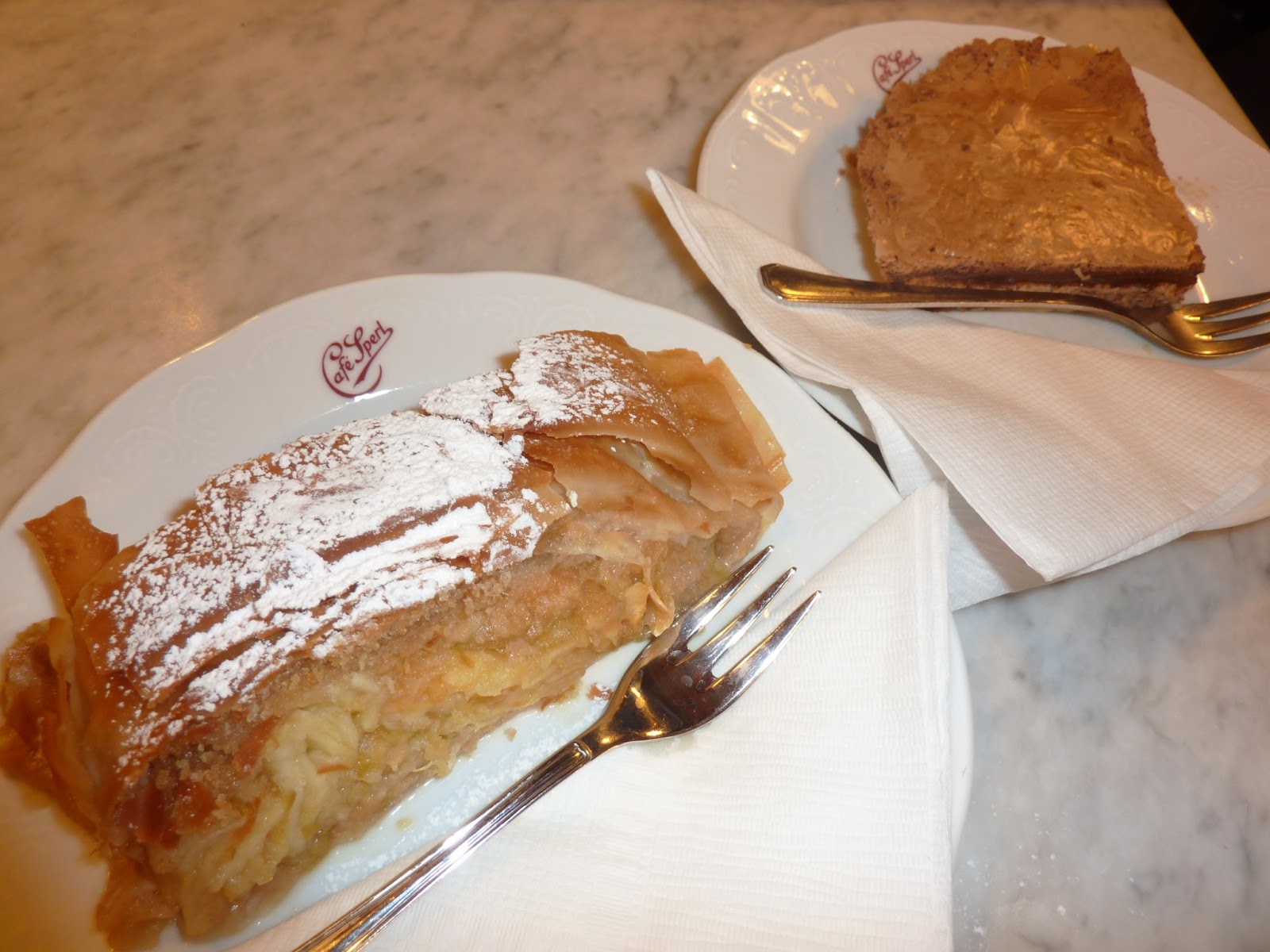 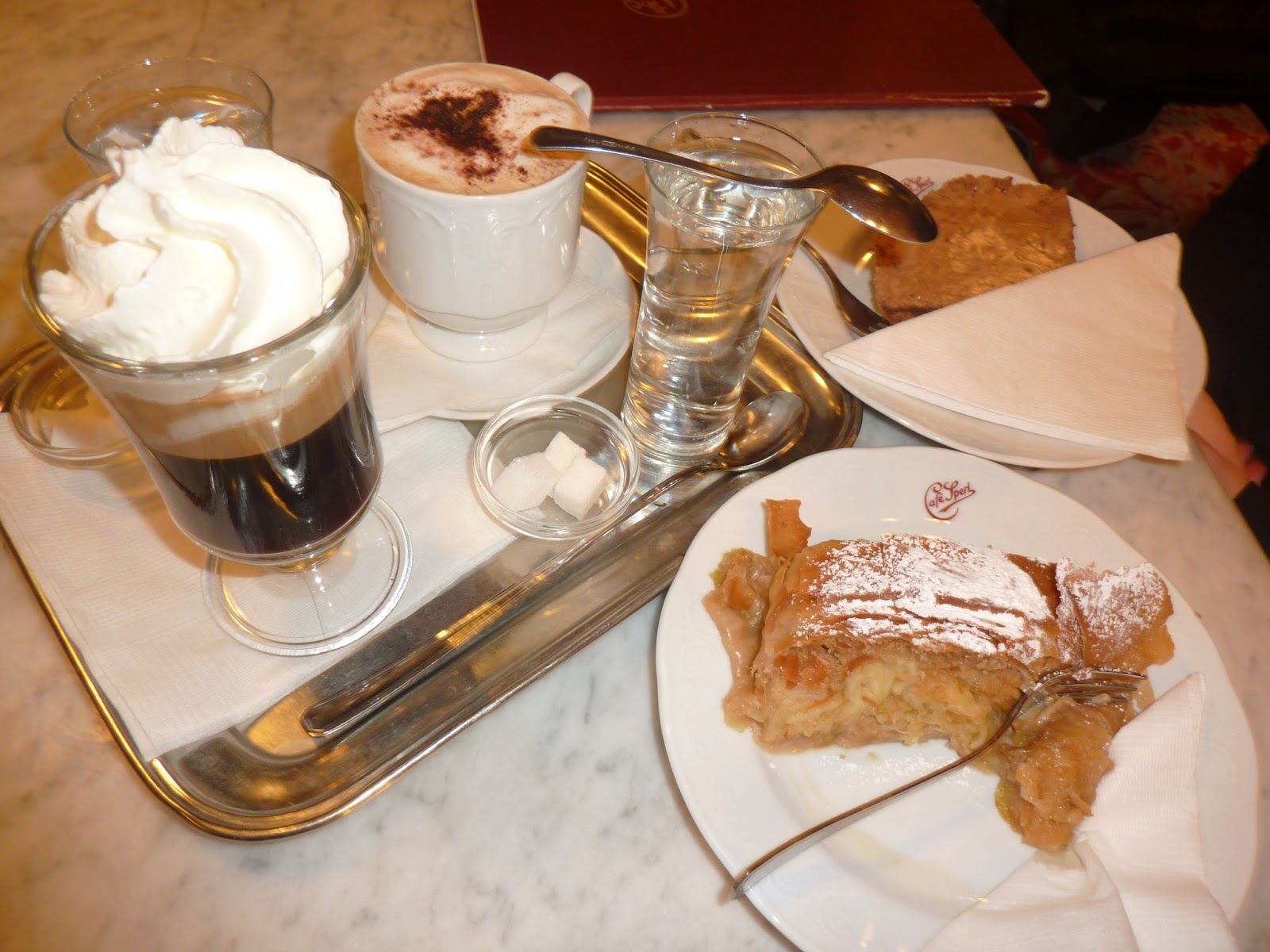 Any kind of insulting comment will be removed without previous notice. All opinions are welcome, we only ask for respect when writing. 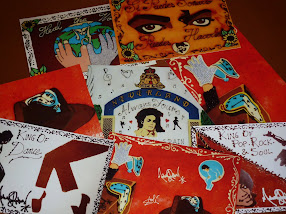